OLD NEWS: Tourism was so much harder back then

A family of tourists driving from sea to shining sea stopped briefly in Little Rock 100 years ago, fascinating the Sunday Woman’s Page of the Arkansas Gazette.

At the top of the June 5, 1921, The Woman’s Page, there’s a box that reads “Miss Ruth Tucker, Editor.” And so we could assume that she interviewed the family for the long story that appears on the page. She did not take the photograph, though. That was supplied by the tourists.

Mr. and Mrs. Sidney S. Marx of Los Angeles and their three children stopped at the home of Mrs. Aline F. Robertson, 1321 State St., during a 4,200-mile adventure in expeditionary marketing. Having driven from L.A. to Washington, D.C., and New York, they were on their way back to the West Coast.

Marx had patented what we would call a pop-up camper.

Cross-country motorists were a little unusual in 1921. Enough Arkansans made out-of-state trips that the blandishments of hoteliers in St. Louis or Chicago appeared often in Little Rock newspapers, as did ads for fly fishing in the Rockies. But travel was much more difficult 100 years ago than it is today.

As more people bought cars, they gamely or stupidly tried to drive cross-country. And this was very much not easy. So, newspapers wrote about the automobile tourists, sharing their secrets for success. I like that those old stories focus on how much easier travel had become. The reporters seem proud to live in such modern times. Witness the headline on the June 5 piece:

The Marx “Komfy Kamping Trailer” was pulled by “one of the 5,000,000,” as the Gazette put it, meaning a Ford Model T. Their little caravan included another Ford, a Hudson and a Nash, all “loaded to the gunwales” with gear. But the Ford with the trailer seemed to have no luggage, and its running boards were “miraculously” clear of suitcases, tools and blanket rolls.

“No groceries piled the tonneau. No frying pans sought refuge among the brakes, and no extra coats took up valuable space.”

A heavy wooden tongue bolted to the rear axle of the Ford pulled the trailer, which rolled on two pneumatic tires. It was 7 feet long, a little over 3 feet wide and cleared 4 feet off the ground.

“Everything folds compactly into the trailer box, and within five minutes after stopping the whole may be assembled and ready for the night in camp.”

In 42 days on the road they had spent $400. They had slept in a hotel only once. Instead they had relished camping, especially for three weeks in New York’s famous Van Cortlandt Park.

Their trek took them into heavy mud on rutted roads, but they swore the car never got stuck and had only once failed to pull the trailer — “up a 27% grade hill of loose gravel.”

Mrs. Marx said, “Words cannot express the joyous, care-free spirit, the feeling of owning the world, the satisfaction of simple meals by the roadside, with appetites so huge as to be appalling, and the fun that is found in every incident.”

In Oklahoma they encountered oceans of mud and spent one night in a cloudburst. In the morning they saw other tourists at the camping ground asleep in their cars, while they had slept on spring mattresses. At Indianapolis, they hadn’t worried about finding a hotel during a massive convention of the Grand Army of the Republic — Union veterans of the Civil War. She said:

“From Indianapolis for the rest of our trip, we found the roads nearly all paved, which added greatly to our joy. Traveling through the beautiful rolling hills of Ohio, across the Cumberlands, in West Virginia and Maryland, we came to our nation’s capital, and how proud we were of it!”

The car must start out in good condition, should be kept well oiled and greased and should be carefully looked over each morning. Tighten loose nuts and bolts. All tires and tubes should be in first class condition.

Pack along a good pump and jack, one Shaler tube vulcanizer (see arkansasonline.com/67tube) and two cans of patches. Include one set of Weed chains — that is, Weed brand tire chains for icy conditions; one short-handled auto spade; one 50-foot tow rope, three-fourths inch; 2 extra gallons gas; 1 gallon extra oil; one set of spark plugs; 4 gallons of water in one 3-gallon can and one gallon canteen; one box assorted nuts and bolts; 10 feet of No. 12 galvanized wire; 50 feet of quarter-inch rope; one-pound can of cup grease; one-half dozen valve guts; one extra tire and two extra tubes; a hammer, an ax and some nails.

Cup grease was for the engine. Unless Helpful Reader objects, we will assume the “valve guts” were actually valve nuts.

Mr. Marx added that money was most convenient if carried in American Express traveler’s checks.

As to open air touring, he said:

“There are two ways of touring by automobile, the new and the old; the satisfactory and the unsatisfactory; the comfortable or the uncomfortable. The old was that you chose your route according to hotels and roads, and hoped that you would reach the hotel at the proper time. You went feverishly to a fitting-out store and bought largely of whatever the salesman thought you ought to have. Then you started away, packed like a proverbial little fish, and resembling a home-tied laundry bundle on a Monday morning.

“In the new way of auto touring, you pack your necessities into convenient places provided for them, and roll down the long, open road, free from care and worry.”

Travel — now easier and more convenient than ever. 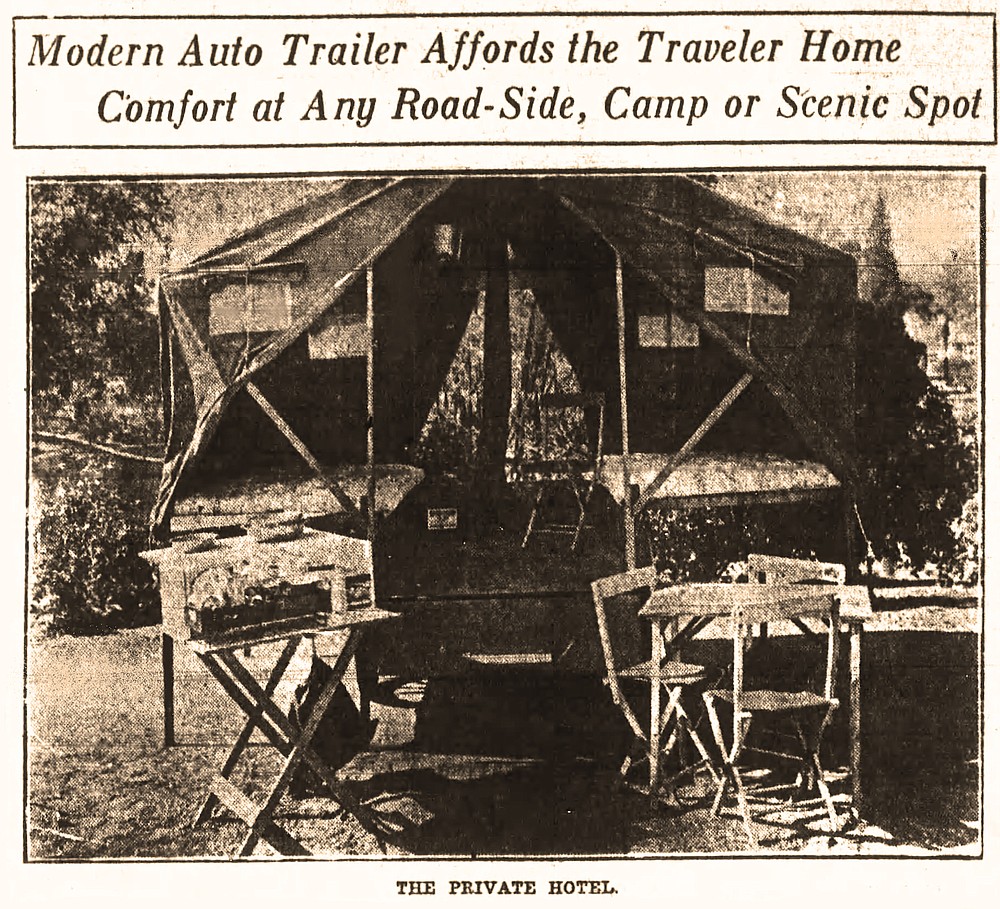 In NASA’s first step back to moon after 50 yrs, Indian-origin woman to oversee crucial part of launch | India News

Yuri Gagarin: Russia, U.S. and China Are in a Deadly New Space Race

Space Industry Moves Higher. Space Stocks Not So Much.

NASA selects SpaceX for its next mission

the life and death of the first space chimp