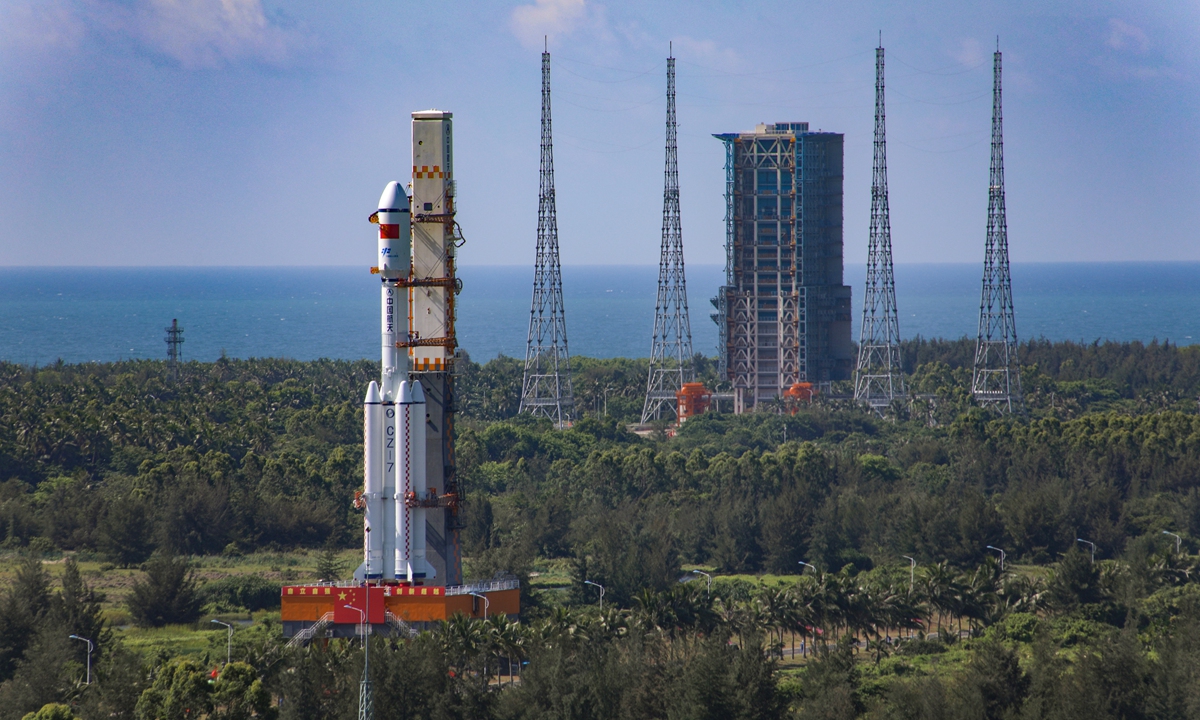 When announcing the Shenzhou-12 manned spaceship to be launched on Thursday, the China Manned Space Agency on Wednesday mentioned that China has engaged in broad cooperation with countries including Russia. Factors such as uncertainty over US foreign policy “are pushing Russia and China to expand space cooperation,” said Danil Bochkov (Bochkov), an expert at the Russian International Affairs Council. What is the importance of China-Russia cooperation in space? What do China’s efforts to explore the space guided by the idea of building community with a shared future for mankind mean for the international space industry? Bochkov shard his insights with Global Times (GT) reporter Lu Yuanzhi.

GT: What is the significance of China-Russia cooperation in space? How will the uncertainty over US foreign policy you mentioned influence China-Russia space cooperation?

Bochkov: Russia-China cooperation in space presents a huge importance measured by two domains of countries’ expanding bilateral cooperation – technological and strategic. The former adds to a longer list of other scientific areas which have been witnessing growing interactions between Moscow and Beijing lately. It is nuclear energy cooperation marked by the recent launch of a new project in China and both states’ decisions to mutually incorporate partners’ technologies into own space flights and collaboration in deep space research.

That point has been repeatedly enshrined in most diplomatic publications following high-level meetings and was even specifically mentioned by President Putin in his recent interview for NBC reflecting on the special strategic nature of “unprecedentedly high level” of relationship between two states. Joint Lunar station project unveiled in March further reinforces this point representing close technological interconnection of Russia-China space technologies.

Furthermore, it highlights high levels of political trust, leading to the second point of strategic importance of bilateral space research cooperation. Exchanging sensitive technologies of national security significance proves the existence of solid trust bond between Moscow and Beijing, and adds to other similar cooperative areas. 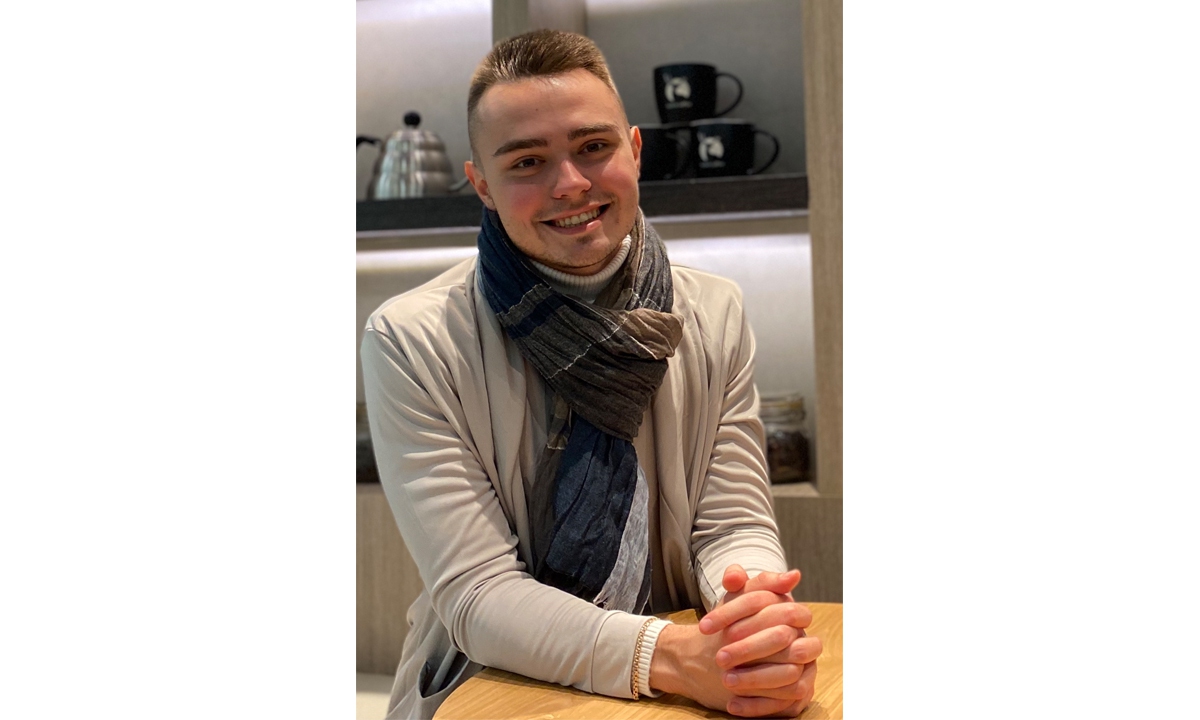 GT: China is expected to complete its space station around 2022, while the International Space Station (ISS) will reach its planned lifespan in 2024. China’s upcoming space station might be the only operational station after 2024. In comparison to the US, China is more open-minded. Washington rejected China’s request to join the ISS, while China’s space station will open to the world. What is the difference between China and the US in their attitudes and visions toward international cooperation? What is revealed by this contrast?

Obviously, the US is transmitting its foreign policy tools and vision to other areas including space research and cooperation with other nations, though NASA has not been supportive of such a position slamming it several times and calling to reconsider the 2011 Wolf Amendment banning NASA from engaging in common projects with China. True, China from the very launch of its space research station project has been promoting an inclusive character of the endeavor inviting all UN member states onboard.

It is also widely shared by Moscow, which also expects space-research initiatives to be more open and cooperative, not facilitating “NATO-in-space political projects.” It is exemplified by such outstanding initiatives of bilateral cooperation as the International Lunar Research Station, which also comes with foreign policy implications. Russia – though being invited by the US for participation – has criticized similar Moon research project by NASA blaming “Artemis” project with its exclusive nature for mimicking space-based NATO.

By contrast, Russia and China have prioritized international cooperation, openness and inclusiveness of their joint Moon research initiative, which speaks volumes of corresponding positions of both states on global interaction as opposed to the US approach. World ideological split manifested by Joe Biden’s attempts to rally democracies against so-called autocratic states – namely Russia and China – is translated into other areas including space research with NASA forecasting a new space race “if Russia starts just depending on China,” with NATO recognizing the importance of space for the alliance’s “security and prosperity” at its just-wrapped Brussels summit.

GT: Some US analysts and media outlets have said Russia threat to leave the International Space Station and China’s new Mars rover will accelerate a space race. What’s your take on such narratives?

Bochkov: It seems to be a fair judgment if measured against the history of international relations. In a situation of global competition or rivalry, all actors seek to guarantee their supremacy to avoid direct challenges from the opponent. That is why the advances of one party in a particular area of competition naturally pokes the other side to rush onto bridging the gap or even surpassing the competitor in order to secure its own positions. The US under J. Biden has recognized China as its “biggest threat,” and NATO for the first time has just branded it a military challenge – all these moves place China under the same classification the USSR used to have in the zeniths of Cold War time, when it was racing against the US for dominance in all domains possible.

China is making global records with its recent success stories in space research such as lunar rover return Chang’e-5 mission that is known to be the third in history. It has been pushing with Mars research becoming second national in the world to land its rover on the planet surface. Now Beijing is constructing its own space station and embracing plans to send manned missions to the Moon in order to become “major spacefaring power by 2030.” Such ambitious endeavors inevitably present huge challenges to Washington, which regards Beijing as a threat to its global dominance and thus cannot allow China to outperform the US and consequently finds itself embroiled in the space race.

GT: Humankind’s space project is huge and constantly encounters new technological challenges, which are difficult for any country to complete alone. How much do you think an open-minded manner of the international community, especially in those countries with strong space capabilities, will help the international space industry?

Bochkov: If such an inclusive and cooperative manner of interaction in global space research can be achieved, it would become a huge bonus for humankind, since it allows interested nations to evenly spread the sprawling costs and benefit from synergetic effects of the combination of special expertise of each state. Russia and China have been demonstrating such a state of cooperation and showed willingness to exchange technologies in 2019, when Moscow offered to supply rocket engines to China in exchange for Chinese microelectronics. Advantages of combining common efforts to make some outstanding and costly space accomplishments are also represented by the joint construction and operation of the International Space Station as well as upcoming Russia-China Lunar station project.

GT: To what extent will politics impede global cooperation in space? Will the international community overcome the US factor to cooperate in space?

Bochkov: It seems that on international scale the US insular positions on cooperation with China in space do not resonate. European Space Agency (ESA) stresses that the world now is totally different from one 60 years ago – when there were the USA and USSR on opposite sides of space race and no one in between.

European allies of the US prioritize inclusiveness and openness highlighting that, “the greater the number of spacefaring nations, the more chance there is of any one of them achieving their goals”. Such a position is very correct and further elaborates on the previous question of why interstate cooperation in space is crucial.

Nevertheless, if the current geostrategic competition heightens with the US becoming more persuasive in coaxing European allies to rally against China as it was demonstrated by the coalescence of states during recent G7 summit in Cornwall and combined US-EU march against China’s tech giants culminating in just announced establishment of tech alliance – space may become next domain of global confrontation.

Despite US belligerent attitude to China, Washington’s allies among the EU have been sticking to their own way of dealing with China. Germany, Sweden and the Netherlands actively participated in Chang’e-4 research mission. EU states while regarding Beijing as “open to collaboration” – remain willing for many new endeavors, including China’s space station, manned missions to Mars and Moon.

Among other arguments, joint space exploration is important due to multiplication effect, which is achieved when many actors work on the same project exchanging ideas, finance, technology and knowledge.

Cost sharing is also significant, since ambitious space research projects go well beyond billions of US dollars, which in combination with many other space-related exploration initiatives may represent a huge portion of state budgets. Thus, Russia-designed space research station planned for completion in 2030 is initially esteemed to cost about $6 billion, while the financing of foundation elements for the US-led lunar exploration facility under “Artemis” project is calculated at $331.8 million.

GT: Space belongs to all earthlings. International cooperation in outer space is an important part of China’s efforts to build a community with a shared future for mankind. How do you view China’s such initiative? What does it mean for the international space industry?

Bochkov: China’s inclusively open attitude towards other countries to participate in its space research initiates, which is also noticed by European partners, is a positive sign of more future opportunities for grand cooperative projects in space exploration. China should better articulate its positive message or as Xi Jinping recently described it a “loveable” image of cooperation to other states and fence off some EU-shared bias and preoccupation over China’s goal to become global hegemon replacing the US. If it is completed timely and thoroughly – China’s initiatives may be welcomed globally and benefit world space exploration.

Space Industry Moves Higher. Space Stocks Not So Much.

Musk, Bezos have celestial plans but should do more for workers here on Earth | Columns

Former Simcoe hotel gets a reboot

Richard Branson and his Virgin Galactic crew are safely back from space, ushering in a new era

Why are humans so obsessed with Mars?